Descent Developer is a former work in progress from late 2014 that likely will never be.  Based off of the popular board game Descent by Fantasy Flight Games, Descent Developer was a helper app that let you build unique cards and items, as well as offered a dice roller, and character stat inventory for both Hero players and the Overlord (with plans for even more cool stuffs).

During the development phase we  unfortunately discovered that Fantasy Flight Games had a habit of asking developers to take down apps that used their properties.  With that in mind we squashed further development (don’t sue us please!).  Maybe someday it’ll become useful, but for now it is what it is: a 2 month learning experience.  Here’s a taste of how far Descent Developer made it before we decided to pull the plug… 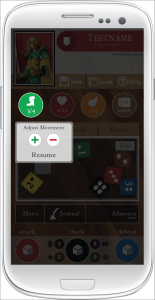 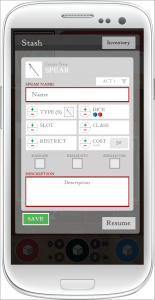 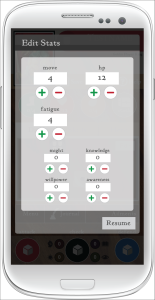 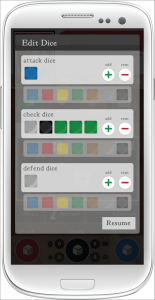 The first round of screen grabs are from version 1.0 of Descent Developer.  This depicts early statistical entry sliders and the early dice roller. Version 2.0 was soon born which streamlines some of the menu functions and navigation. 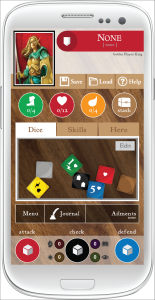 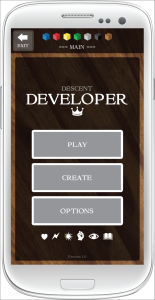 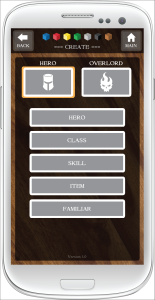 Here you can see the new 2.0 look, and a custom font depicting some of the relevant Descent symbols (that was a serious pain to put together). 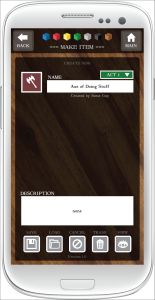 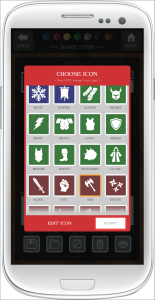 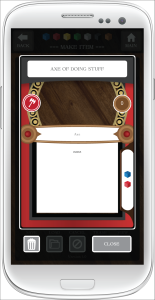 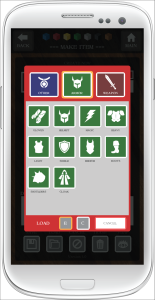 The newer item system was close to full on card creation when we pulled the plug.  You can see the early design minus art and description information.  We had a fully functioning dice picker and were well underway putting together a surge (special attack properties in Descent) creator when it was discovered that publishing this app could be a swift kick in the take down notice pants.  Oh well.